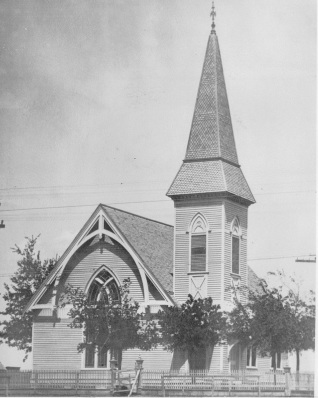 ​In 1865, Lorena was a preaching point on a circuit of churches that extended southward to Cameron. The Cedar Bridge Church and schoolhouse, located between Lorena and Bruceville, was the earliest in the area, with fourteen members. Records show that Lorena Methodists attended this church in 1868.
Cedar Bridge Church burned or was abandoned in 1881. The Methodists worshiped in a number of places, including a log cabin located near the entrance of the Elizabeth Estes residence. Later, until their own church was built, they worshiped with the Baptists at times and occasionally, the two traditions held joint revivals.
Land for the now existing Lorena Methodist Church was acquired in 1881 for one hundred dollars. Plans for the new church were supplied by H. J. Hudson. The architecture resembled that of the church he had attended in England as a young boy. The new building, erected in 1886, consisted of the present sanctuary, vestibule and steeple. Membership was at forty in 1884 through 1907. By 1920, one hundred forty-four were listed on the roll. 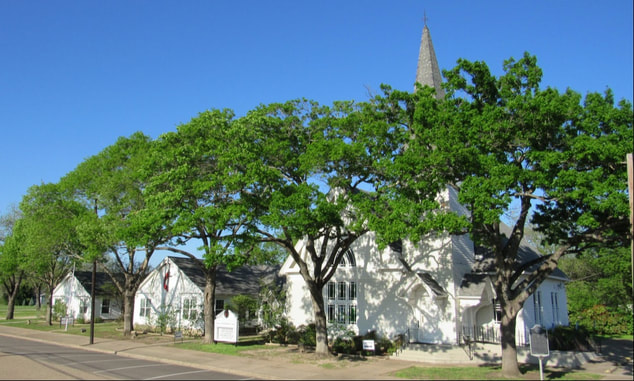 Today, our story is far from completed - it goes on, and is weaved into history through each worship service and ministry dedicated to our Lord's work.
Do your best to present yourself to God as one approved, a worker who has no need to be ashamed,
​rightly handling the word of truth. - 2 Timothy 2:15
Explore 2 Timothy 2:15